I have to admit, I was a bit apprehensive about eating milk that had been left in a warm oven overnight. I was eager to see if the yogurt had gotten firm, and how it would taste. 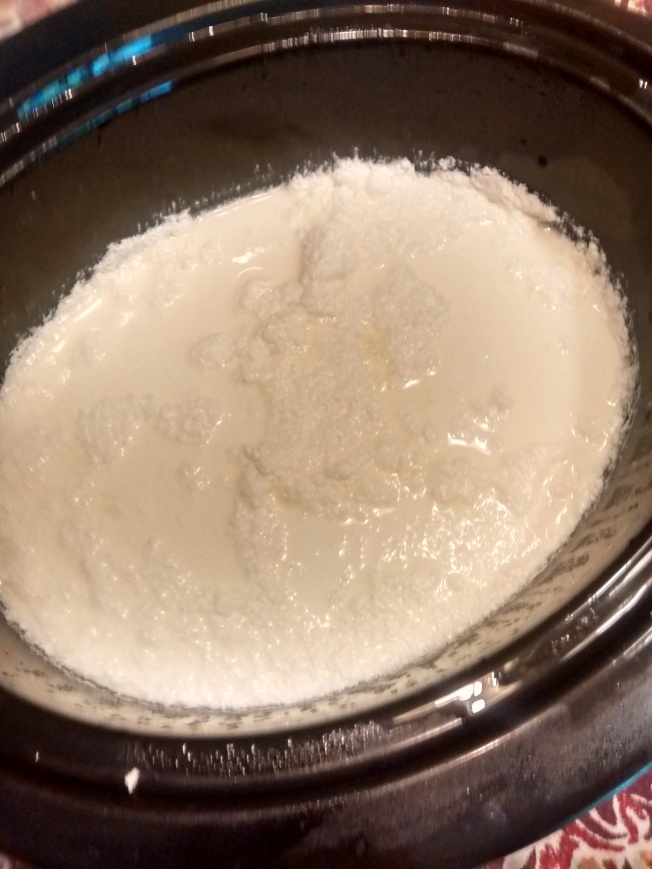 I skimmed off some of the liquidy whey, as I had read that homemade yogurt is not as firm as store yogurt (sometimes due to the companies adding gelatin). I did not strain it, but did find it to be fairly thick. I typically use yogurt for smoothies, so soft yogurt is not a problem for me.

My husband likes sugary yogurt with fruit, but he was brave enough to try it for me.

Yep, he thought it was really gross. I think that was his first time ever trying plain yogurt.

So, if I’m still doing well in 8 hours, I’ll report back to you with what will be probably the shortest ever yogurt making tutorial. It was really easy, so I don’t intend to complicate it.

Did I save money?

Well, I got almost 2 quarts of plain yogurt for the cost of 2 quarts of milk and half a cup of yogurt. Essentially, I doubled the value of the milk, based on dairy prices here.

Have you ever made yogurt? Would you be interested in trying it?