It is a jungle out there. I really don’t want to share pictures of what my garden looks like now. 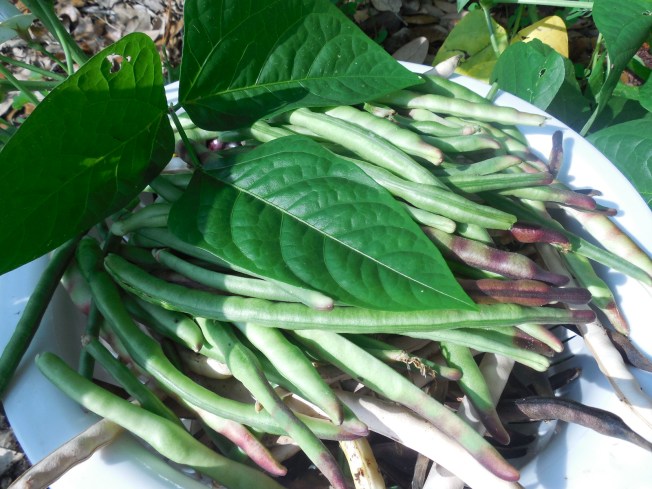 How about you just look at these pretty peas? 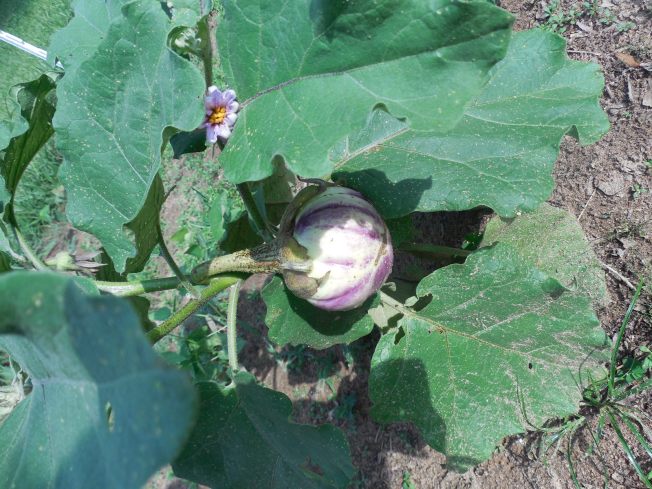 Or the nice striping on this eggplant?

I have two teeny tiny jalepeno plants, approximately a foot tall each, and they have been pumping out the peppers. I just got a dozen from them.

The okra is doing great, as is the basil. The orange and yellow cosmos are real winners over here.

The cover crops that I planted are chugging along, though, even the 75 cent pinto beans.

Going to let a few ‘Clemson Spineless’ okra pods ripen so I can save some okra seeds for next year.

I planted probably double the amount as last year, and I still wish I had planted more.

The yard long beans are growing up the fence with amazing vigor. They twine like pole beans, but aren’t complaining about the netting. They show no signs of slowing, and seem as though they would grow 50 feet tall if I had a trellis high enough.

Picked and shelled some Southern peas. I think I’ll grow more ‘Mississippi Silver’ next year; they seem to be larger and pack the pod pretty tight. More meat for your shelling time.

1. Get seeds started for fall garden. Kale, collards, Swiss chard, cauliflower, kohlrabi,and broccoli will go in flats so they can be planted out in September.

2. Till under cover crops in large garden toward end of month.

3. Pull up green beans from shed bed and replace with zucchini and yellow squash. In August, we can essentially replant a spring garden here in North Florida, and September starts the official fall garden planting for me. If you want an almost complete guide to the vegetables you can grow in Florida, a really good planting calender can be found here.

4. Try not to get stressed out by how terrible the garden looks now. July and August tend to be pretty tough. Maybe next year I’ll just smother the whole thing with grocery store beans the first of July and pretend it doesn’t exist until the middle of August. 🙂

How’s your garden? For some of  you, this is the time to make me jealous!