Today we say goodbye to my Grandpa, a sweet man with a quick sense of humor.

When my dad asked me if there was anything that I wanted from his house, my main request was for cuttings from two particular plants. 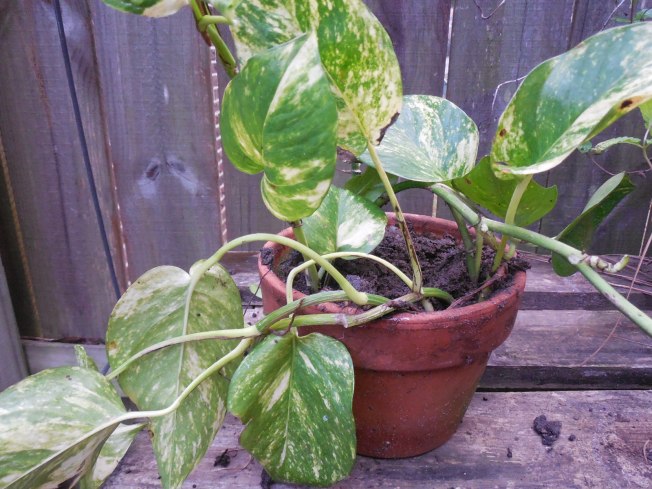 This friendly vine is from a renegade vine that had climbed up a tree in his backyard. This vine had grown so rampantly that it encircled the tree with a radius of at least 6 feet and had some leaves as large as dinner plates! From this tree hung a little swing enjoyed by his grandchildren and great-grandchild.

This is not just a houseplant beginning to grow, it is a part of my memories. 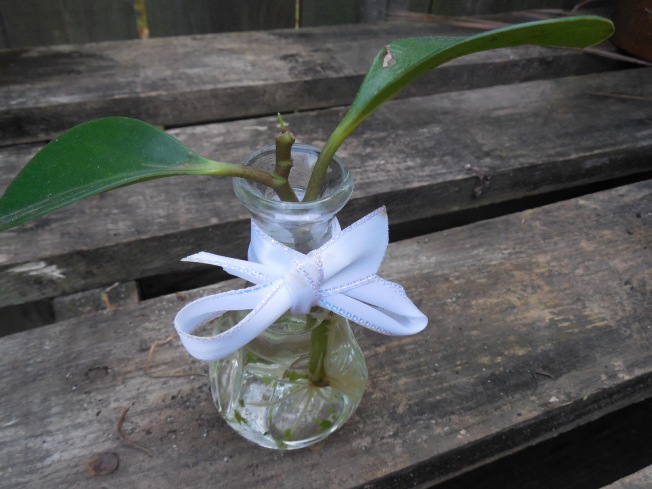 This is the lone cutting that rooted from many of its kind brought back for me. I have never wanted a cutting to root as badly as this one. It is from a patch growing on the side of his house in the backyard. I don’t know if my Grandma planted it on purpose, or if it was an escaped houseplant that thrived in its shady South Florida microclimate.

it may be just a rooted cutting to you, but I can still see where it grew and imagine the lizards scurrying though the lush growth. 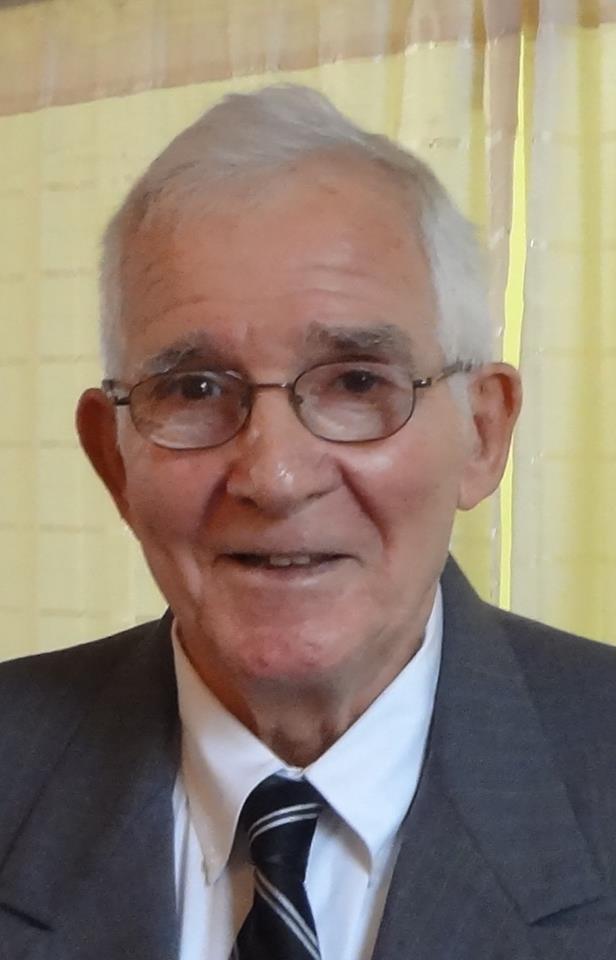 I still remember many fun times with my jokester of a Grandpa. He loved to go fishing, and to take his grandchildren out on the Everglades to fish. Ice cream cups were stashed in the freezer, and gummy orange slices were hidden o the top shelf of  the dishwasher. When we would tell him that we were coming to visit, he’d joke about having to kick the Cuban renters out. He would groan good-naturedly when we called to tell him that we were on the Ronald Reagan turnpike, as he was a Democrat. (Shhh… don’t tell his union buddies, but he actually voted for him twice!) He loved sweets, and this grandchild in particular has that trait too.

To my knowledge, this hard-working carpenter never made a million, but there is many a millionaire who would gladly write you a check for twice that to have wonderful children or a loving marriage – this man had both.

He wasn’t a veteran, but his son is.

He wasn’t an influential, highly successful business person, but his daughter is.

In the end, he had what matters most: God, a loving family, and a good reputation.

He is so missed.

I am a gardener who believes that the miracle of life in the regeneration of a cutting is just one of many created by my God. My God made man, who then sinned and brought death. Redemption from sin’s punishment, Hell, could only be purchased by a sinless One. The only possible Redeemer was God’s Son, Jesus.

He had to be the one to die on a cross, be buried, and rise again to purchase the gift of Heaven for whomever would receive it.

My Grandpa realized that his good life could not merit such a priceless gift as Heaven, it was free for the asking.

Today, because of him receiving God’s forgiveness, my Grandpa is celebrating in Heaven with his Savior and with his beloved wife.

So today I sorrow, but not without hope.

Today I weep, but not for him.

Today I mourn for our loss of a devoted father and loving Grandpa.

I have the promise from God that one day I will see him again. Maybe he’ll take me fishing.

Until then, I have these precious plants and a host of precious memories.